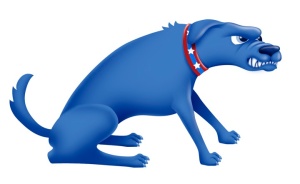 This just in from the California Department of Hypocrisy:

“CalTrans landscaping project would use more water daily than one family uses in a year.”

According to this Riverside Press Enterprise story, Caltrans intends to plant more than 1 million square feet of freeway landscaping through Riverside that will be irrigated with overhead sprinklers, despite a drought-driven state crackdown on water use.

Yes. You read correctly. And, yes, your jaw should be hitting the floor about now.

In stark contrast: As the BlueDog writes this, he is sitting in the Central Valley backyard of his 82-year-old parents,  conscientious model citizens who are earnestly doing what the Governor has told them: conserve water.  They have let their gorgeous lawn turn as brown as a hay. They save their shower and kitchen water in buckets to water plants. They have cobbled together foam panels to float on their pool to save hundreds of gallons of water from summer evaporation.

They are doing what our government is imploring every Californian to do.

So what’s with CalTrans? Why is it above our water conservation edict? If you read the story, they parse and nuance better than former President Bill Clinton before the Monica Lewinsky grand jury. But no amount of twisted rationale can justify the CalTrans landscaping project if we are to believe everyone is supposed to be making sacrifices to conserve water.

Governor Brown and the legislature should be hammering CalTrans like Thor for this tone-deaf plan. Otherwise it sends the wrong signal to the populace. Pure and simple. If California government can’t take the drought seriously, why should we?